This happened once I was 19 years old. I might attend the gym, three to fourfold every week, and ride the bus home. it had been a Sunday and that I had just missed my bus, so I had to attend longer for an additional one I would’ve called my parents but they were out for the night and cabs charged more. 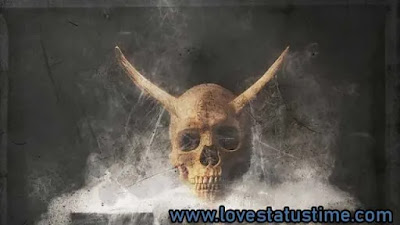 So I made a decision to take a seat and wait within the bus shelter. it had been a chilly night and snow had just started peppering the bottom. My bus was taking longer than usual so I got my phone out and listened to some music. Almost an hour had passed. it had been freezing and that I hadn’t seen anyone in the least.

That wasn’t until I noticed something out of the corner of my eye. it had been a creepy guy, wearing thick layers of clothing, walking slowly towards me. I knew to stare at him would draw more attention, so I just focused on my phone. He sat down at the opposite end of the shelter and just stared at me. There was something off about him… He appeared like he was either drunk or on drugs. He then asked. When is that the bus due?

I took out my earphones and said. I feel it’s delayed due to the snow. He stared at me for a short time then started mumbling to himself. He was really beginning to creep me out, so I pretended to get on my phone. After a few minutes, I took another look.

He’d moved closer to me. I turned away for a subsequent at that point heard the sound of him sliding significantly nearer. I turned to him and said. You okay there? He stared at me with glossy eyes, lifted his arm, and leaned towards me.

Immediately, I grabbed my bag and ran as he fell to the bottom. I spent the road trying my hardest to not reminisce. I kept going until I need to subsequent stop. I rotated to ascertain to see if he was there. He was gone, so I visited sit down. Feeling relieved, I rested my head on the rear of the glass and waited for the bus. knock I jolted, and rotated to ascertain an equivalent guy watching me through the glass.

What the hell is wrong with you? At that point, he began strolling around the sanctuary towards me. I’m warning you! Stay. Back. I yelled in panic as I used to be backing up. I wanted to run, but I left my bag within the shelter and couldn’t leave without it.

Suddenly, the person leaped at me, and that I quickly removed them away. He fell to the bottom face first. I froze in shock then noticed the blood coming from his face. I attempted to urge a response out of him but nothing worked. I called the police and paramedics and that they arrived shortly after. I told them what had happened, and that they told me that the guy was on prescribed drugs. He found a photograph in his wallet of him and his son.

The boy looked a bit like me so we assumed that he thought I used to be him. I later learned that he had lost his son during litigation and went off the rails. He was removed for treatment which was the last I saw of him. I got my driver’s license shortly after and haven’t, been on a bus since.